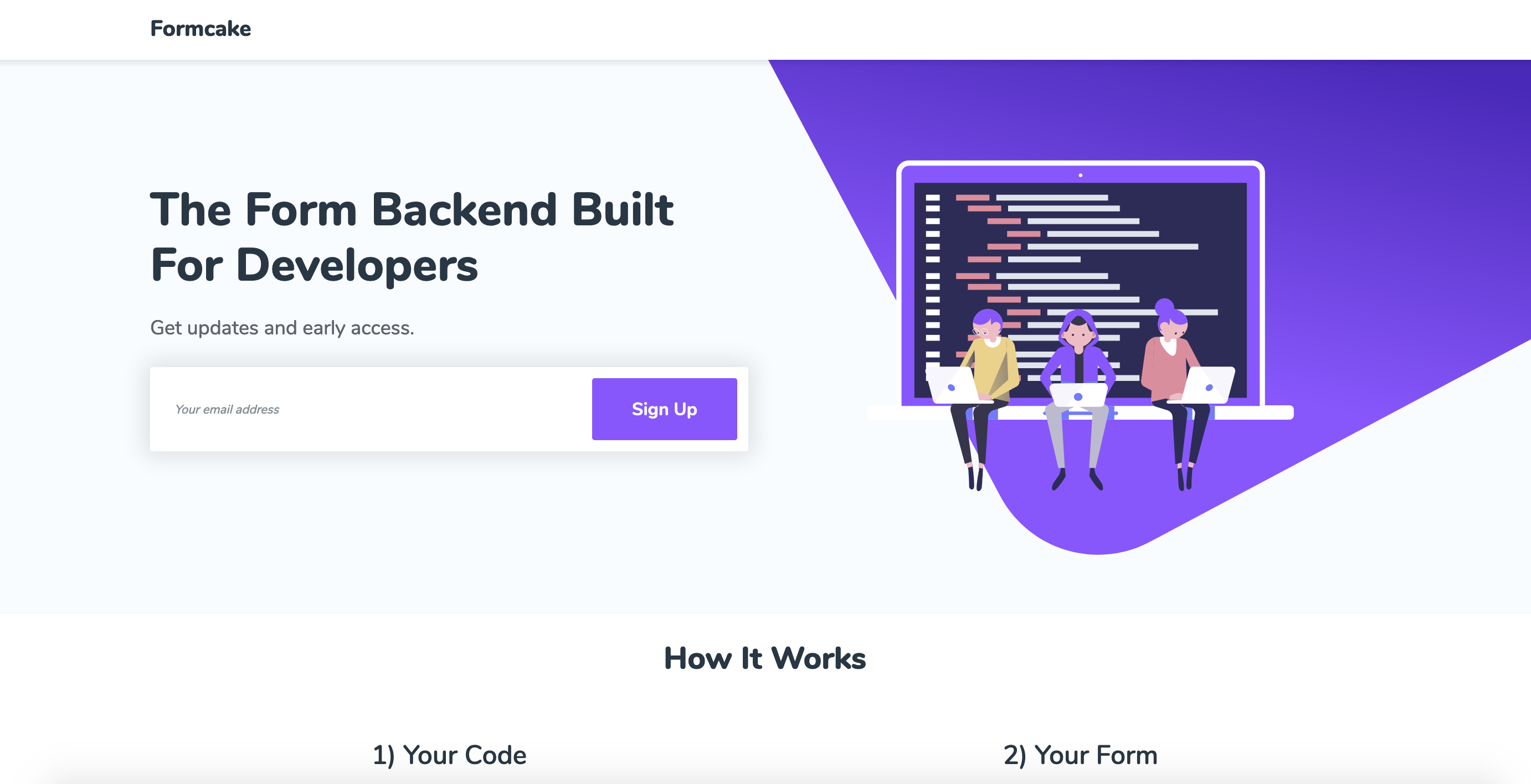 A while ago my friends and I were brainstorming names for our then as-yet-untitled-form-side-project #1. We had a few considerations in mind that, in light of recent discussions around naming, could be fun to share.

We wanted our name 1) to be simple, 2) possible to register as a .com or .io domain, 3) have a positive association, and 4) to explain the service had something to do with forms.

That’s really it. There’s an entire science to naming that we didn’t invoke at all, mostly just wanting to avoid the cardinal sins of unpronouncability, spelling confusion, and the ability to cause possible offense.

So with those constrains we came up with ideas falling along a few different lines.

Names that conveyed the nature of the product

We wanted a name that didn’t just convey we had something to do with forms, but also the nature of the form offering: That we were storing submissions and triggering other workflows through different actions, in a distributed, managed sort of way.

Pros: It conveys a sort of math-y, developer-ish, science-like service that also plays on the AWS association to telegraph that we run a distributed low/no-code infra project - specicially for forms.

Cons: It’s incredibly clunky, and the AWS connection is too explicit.

Pros: There’s a visual metaphor (relay races, electronic relays, others) and it also conveys a sense of the service - a form API that can also trigger other workflows through webhooks or other actions.

Cons: There’s not a strong enough visual component. The metaphor can be a bit labored.

Names that are just generally nonsense

It’s a hacky mid-aughts trick at this point, but there’s a reason everyone jumped on Libya (.ly) and other exotic TLDs - because they opened up a whole new world of options. We - briefly - flirted with some of those.

Pros: Nope, not even any pros. This is hacky.

Pros: See it’s a pun that also plays off a synonym for creation. You can create forms on our site. The synergy is obvious.

Cons: .com (or anything else) was never an option.

Names that are just fun

Finally, there were some other nonsense names that were just random compound words with “form + pretty much any noun” being the principle formula.

Cons: Immortalized in moves like Call Me By Your Name and text conversations everywhere as the world’s most sexual fruit, the thought was it would prove a little too provacative.

And here we come to the big winner! There was a surprising amount going for formcake, especially considering our original criteria.

We got both the formcake.com and formcake.io domains. The domains were wide open. So wide open, that we could pick up one as the bona fide marketing domain (.com) and one as a possible API or documentation site, assuming we wanted an option beyond subdomains (.io). We’re targeting both individual developers and larger agencies, so it’s critical we have authority for people who might not be as savvy about tlds than your average hacker news user.

And finally, everyone loves cake. It’s unscientific, completely un-stastistical, and purely qualititative, but everyone does love cake. It is also a strong visual - you’re picturing a cake right now, aren’t you? And probably have for a while. It’s delicious and has both a strong visual language and worrying amount of easy marketing lines (“We make forms easy as cake!”) available - what’s not to love? What “cake” lacks in technical meaning it makes up for in sheer joy of association.

Names always seem both underestimated and overvalued at the same time. An individual domain or formulation of a product name might not be critical, but a strong visual metaphor, rhyme, or other pneumonic device can make you virally unforgettable and pay off in a reduced marketing budget and increased lead conversion for years.

But that wasn’t our goal. It was to, if not brainstorm a great name, then at least come up with a not-bad-to-good one. I think we did that.

And if nothing else I got to look at cake icons all day.