At three-weeks, the ongoing experiement in writing a newsletter for junior devs and open strategizing is in full swing.

Writing about this experience provides an opportunity to chronicle our efforts. If it grows this will be a fun account of why, if not, then we learned a lot, and these posts will teach us more.

So - adding 150 users in one week is a big expansion. What happened?

We got a big ‘ol bear hug from Hacker News, that’s what.

To put into perspective what a Hacker News “hug” looks like, here are the stats for this site, joecmarshall.com. 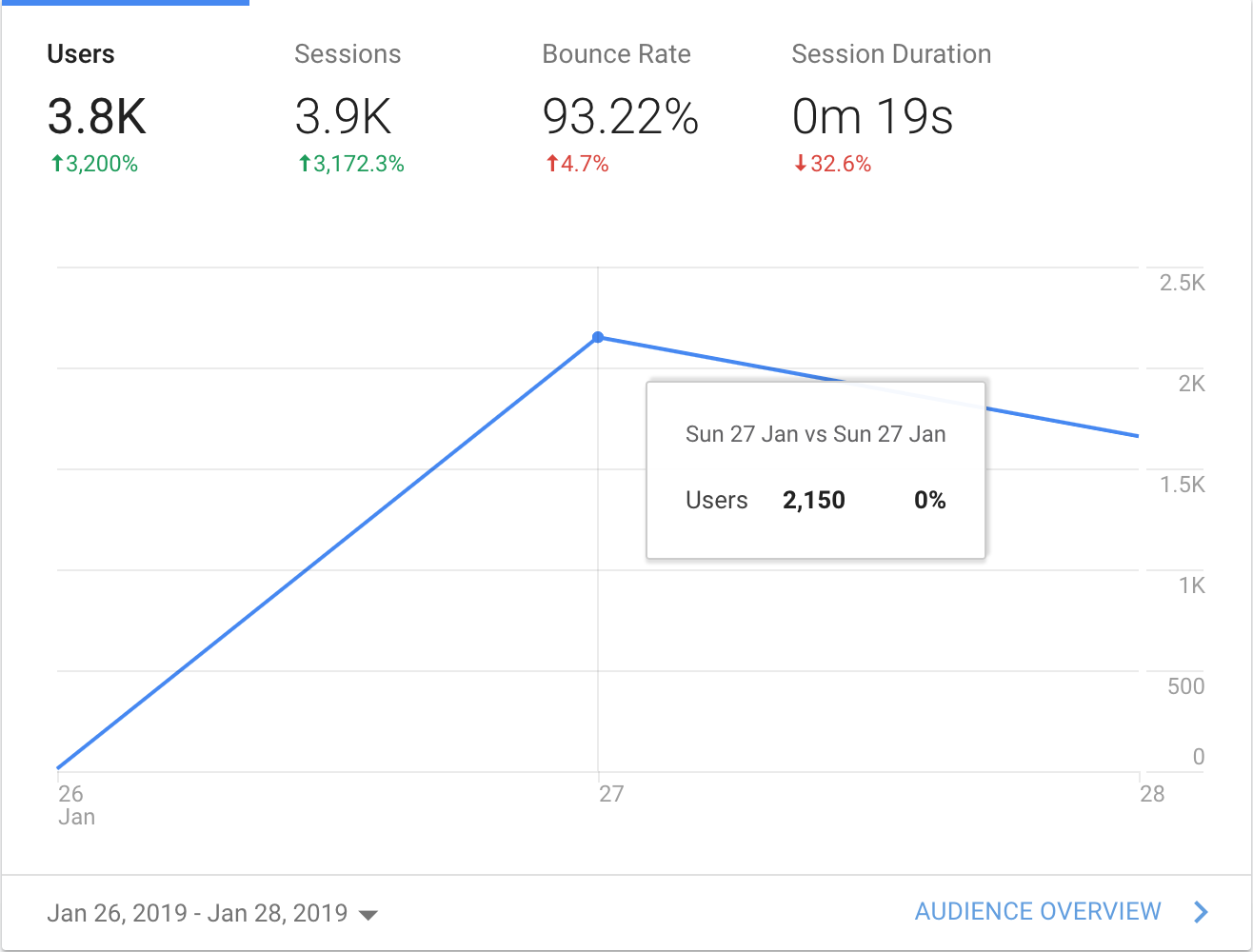 (If it looks like that 2,150 users is jumping up from a number incredibly close to zero, well…)

Then a portion of that audience was naturally curious to follow up and see what the fuss was about. Here’s how the equivalent numbers look for the jobletter referral traffic. 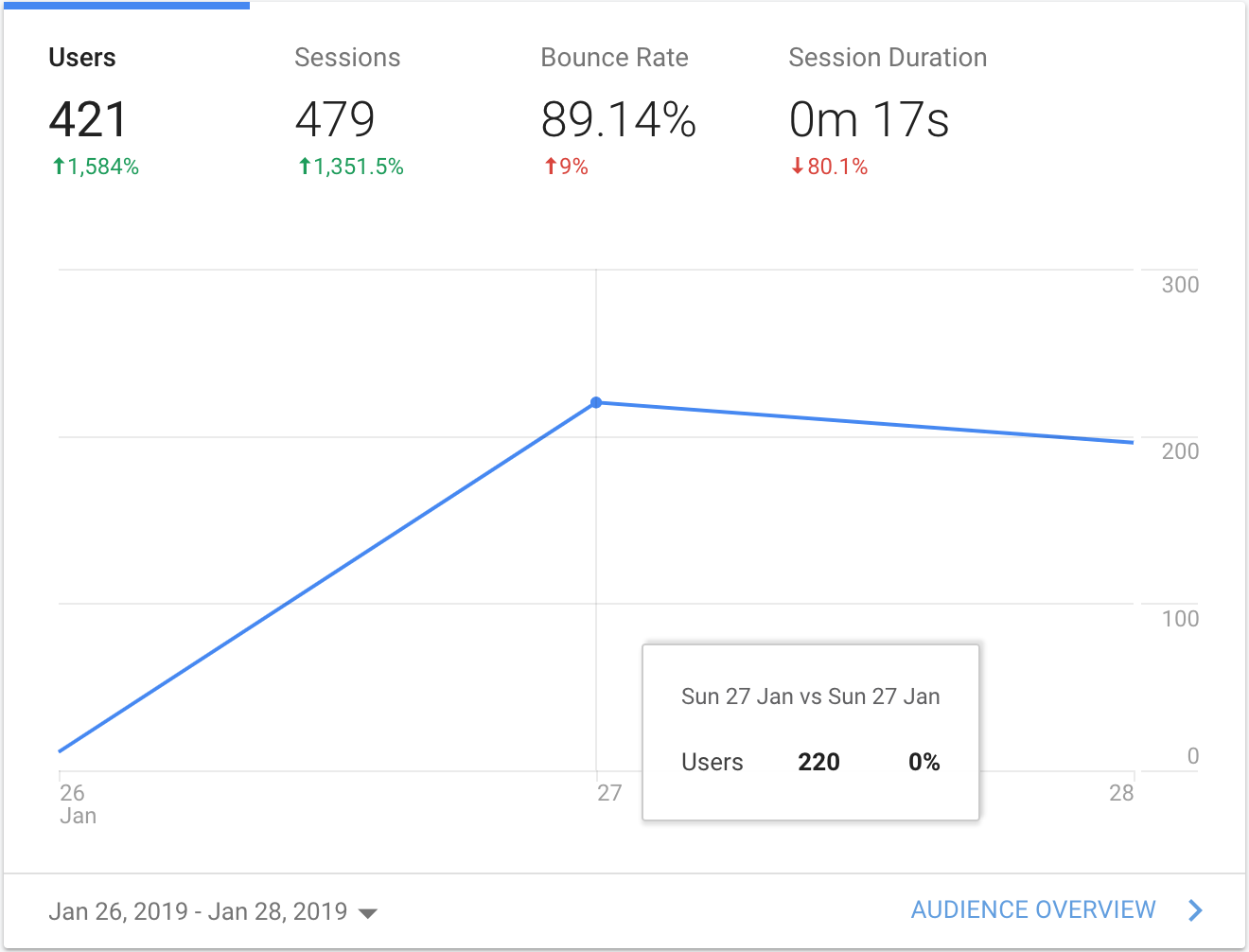 And in the referral view.

You can see in the acquisition dashboard that this traffic translated to 78 goal 1 (“Subscribe”) completions, which map to email sign ups - but this is Hacker News! There should be a larger percentage of people signing up who are using adblockers or otherwise blocking GA.

One of the more indirect ways would be to just… go to Mailchimp. It’s not incredibly precise, but at this small scale, when we’re building our subscription base on fits and starts that correspond directly to our activity, we can basically go to mailchimp and see the effects of the spike. 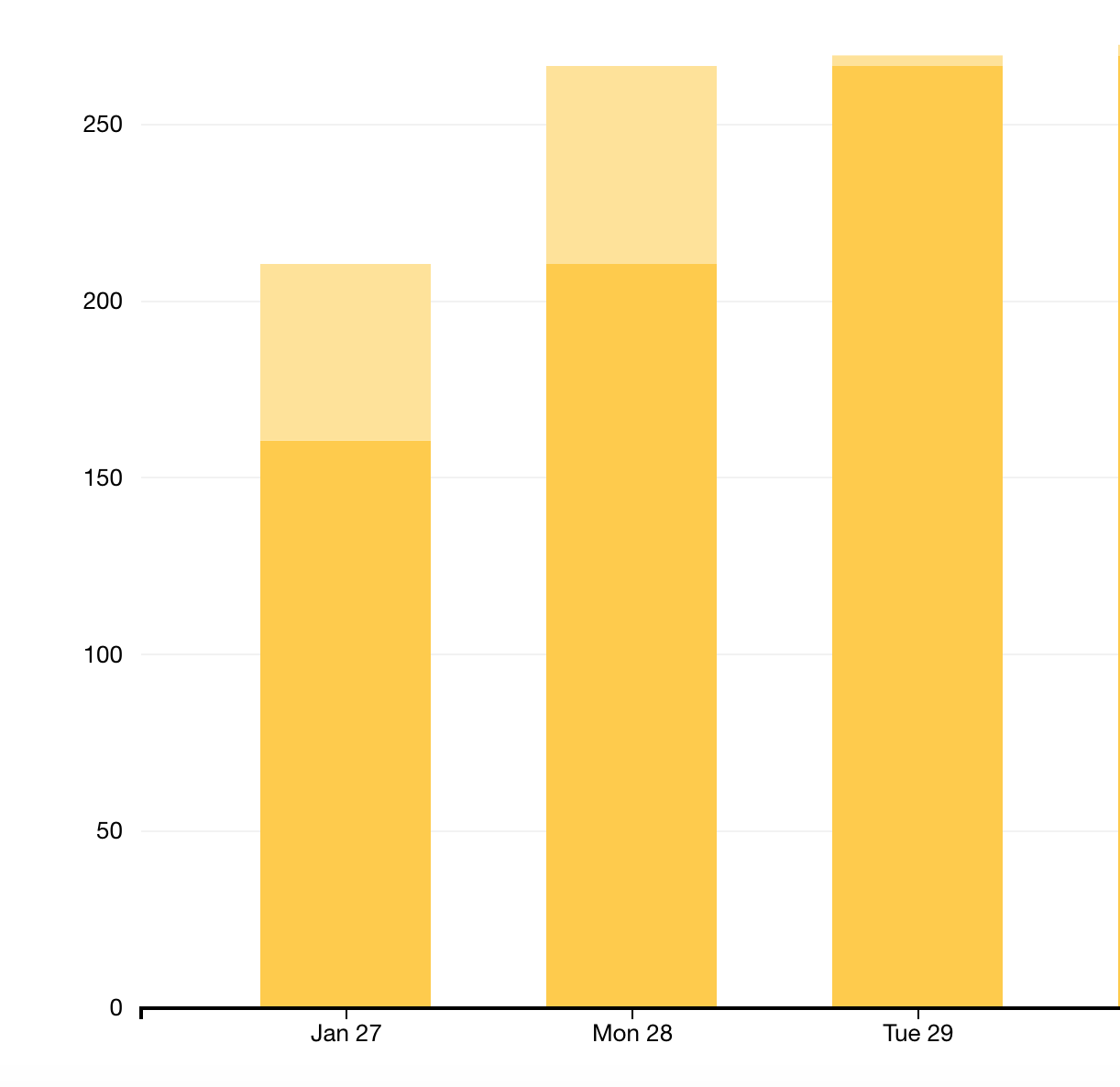 Some nice results! Especially considering the total amount of traffic we ended up getting all the way to our actual jobletter sign up form. We picked up the slack from getting people to the site by having a high conversion rate for those who make it all the way there. 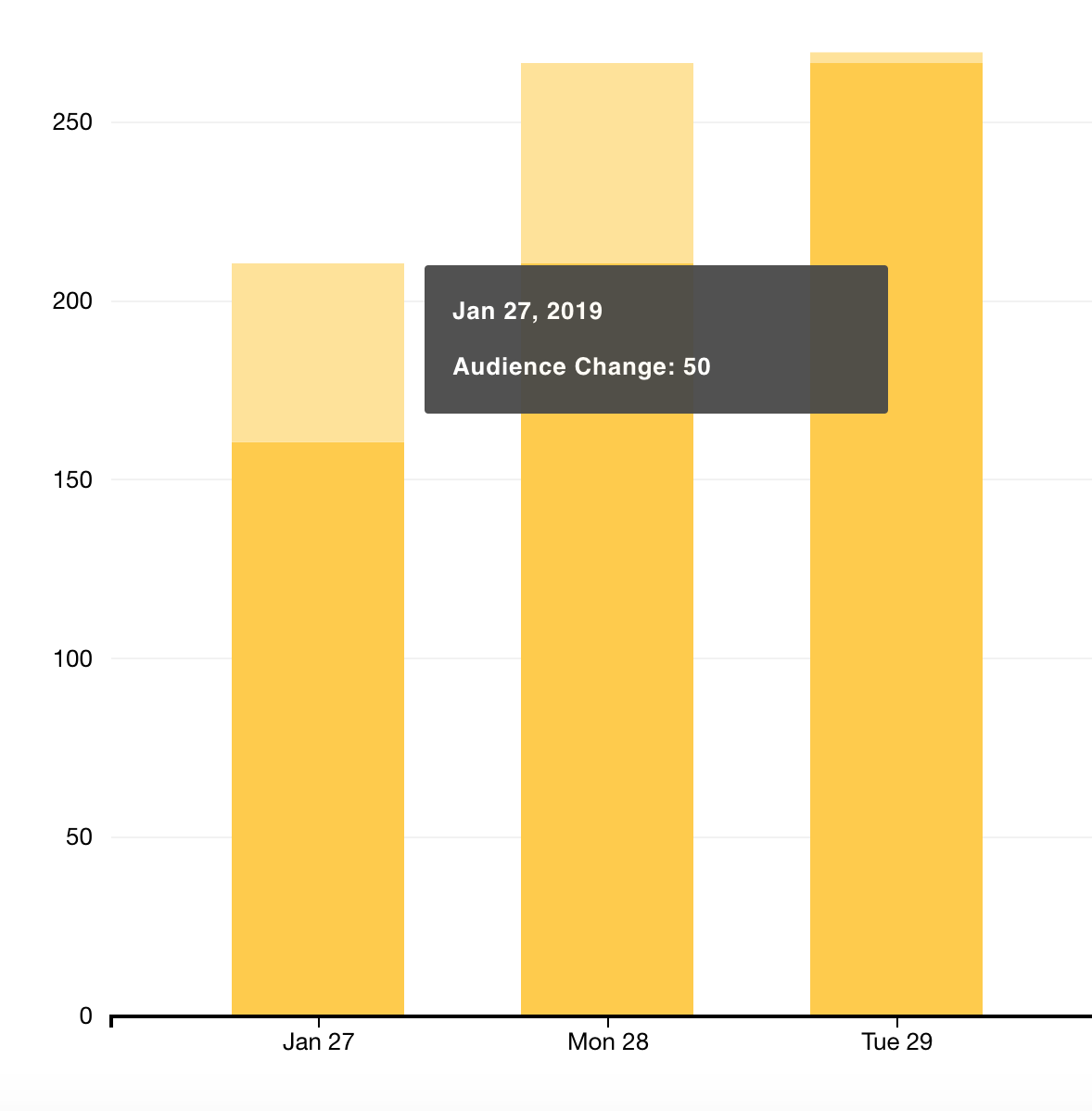 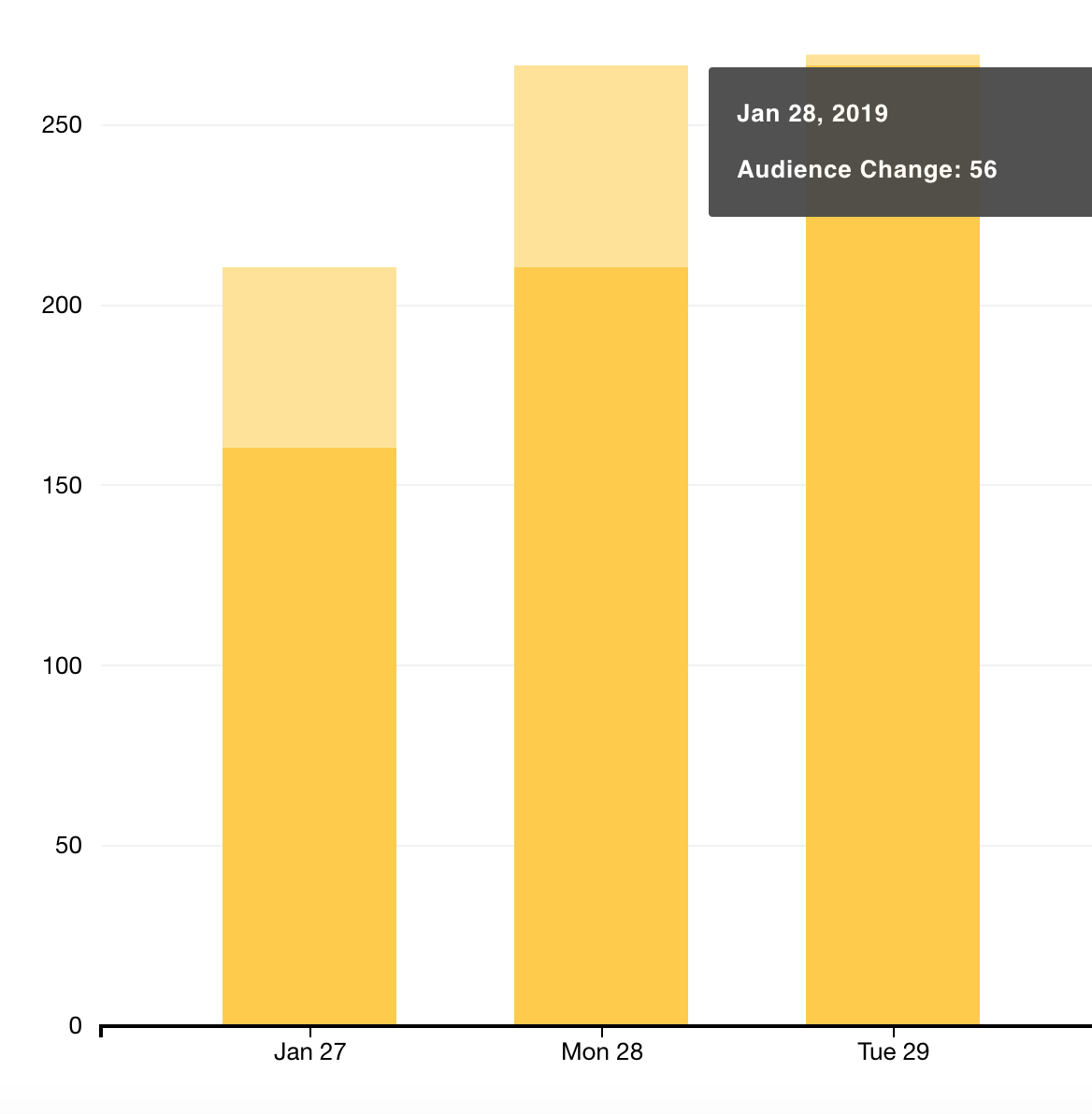 Looking at the sign ups driven from the post Sunday night and the continued activity through the next day, we got a growth of over a 100 subscribers - enough to put us over the 250 mark!

There are limits to the success of this sort of strategy. For one, it’s difficult to rank articles on any aggregator consistently, and takes a lot of time to analyze, write, edit, and promote new pieces. For another, it’s going to be heavily limited by the visibility of the post - there’s not much of a possibility that subscribers can drive other subscription growth (virality), for this sort of writing at least - and the half life of an individual post is fairly short.

The strategy we’ve been using can’t be our only option going forward. It won’t get us into the 1,000s or drive the sustained growth we want.

We have some ideas… and you’ll be seeing them soon (slide whistle) but they include, broadly: developing standalone lead magnets, exploring new content forms /channels, and doing some old fashioned product engineering on the newsletter itself.

If getting high-quality, hand-curated, early-career-dev jobs sounds appealing to you - or you just want to follow along at home, sign up for Jobletter below.

And check back - I’ll be writing more in the coming weeks.